In 2020, Vietnam secured breakthrough success in diplomacy despite adverse impacts of the COVID-19 pandemic, Deputy Minister of Foreign Affairs Le Hoai Trung affirmed in a recent article reviewing the first year of the country’s non-permanent membership of the United Nations Security Council (UNSC). 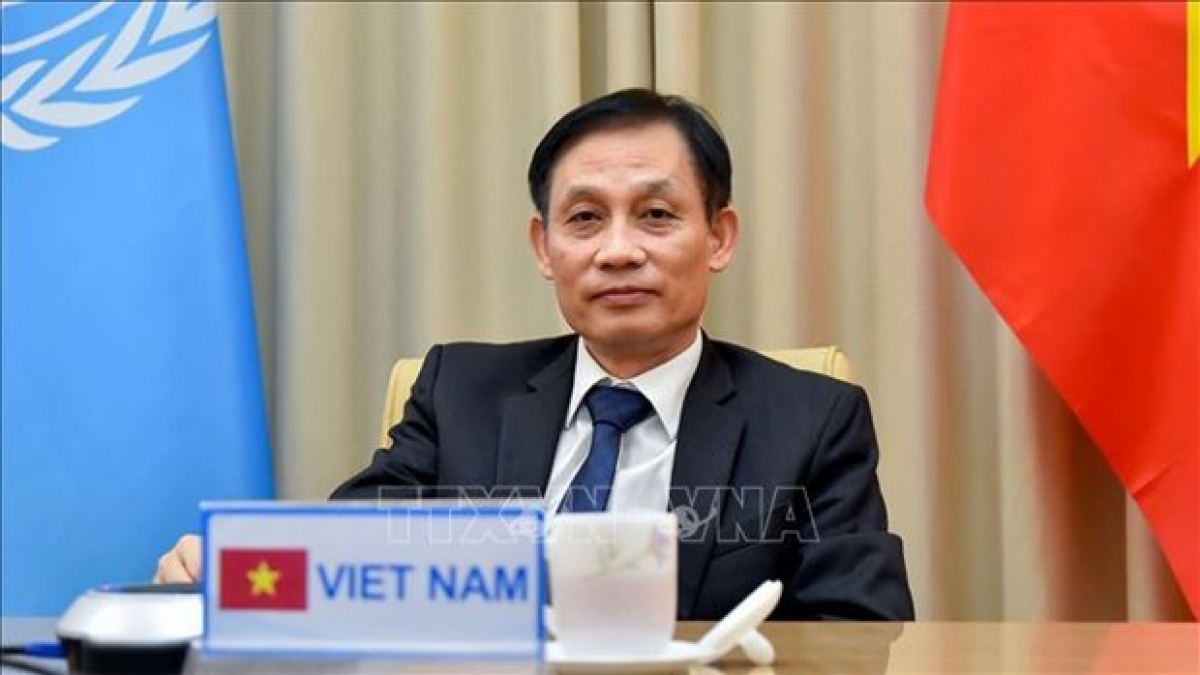 Trung wrote that 2020 was a successful year for Vietnam with numerous important activities carried out in a proactive, flexible, and creative manner in all channels and pillars, thus bringing about impressive results.

In particular, Vietnam performed well and made many active and responsible contributions as a non-permanent member of the UNSC, helping maintain and promote a peaceful and stable environment for socio-economic development and its stature and power enhancement.

The official said Vietnam skillfully and properly dealt with many complex issues and those with contradictory viewpoints among countries in the spirit of concurrently affirming its principled stance of independence, upholding common efforts towards consensus, and preventing the politicisation of issues or confrontation and division among parties.

It also actively contributed to or proposed initiatives, strived to act as an intermediary in some complicated issues, and played a leading role via chairing a number of events, thus leaving imprints on the issues, matching the concern and interest of the country, the region, and the international community, according to Trung.

The deputy minister elaborated that these imprints could be seen in not only January 2020, the time Vietnam served as the President of the UNSC, when an open debate on upholding the UN Charter to maintain international peace and security was held with a record of 111 speakers from 106 states and the adoption of the first President statement calling for a full compliance with the Charter. A meeting on the cooperation between the UN and regional and sub-regional organisations also took place in the month, creating the first platform for discussing cooperation between the UNSC and ASEAN.

In his article, Trung also pointed out that the country fulfilled the dual roles of a non-permanent UNSC member and the Chair of ASEAN in 2020, thereby helping to promote and uphold ASEAN’s solidarity and role, connect the bloc with the UN and the UNSC, and realise some of ASEAN’s global-level commitments to maintaining regional and international peace and stability.

Vietnam fulfilled well the duties of a non-permanent UNSC member in the first year of its membership and achieved the set targets, he said.

In 2021, the regional and international political - security situation, especially the COVID-19 pandemic and the strategic competition among the powers, is forecast to remain complex and unpredictable with direct effects on the UNSC’s activities. This is also the first year for the implementation of the 13th National Party Congress’s resolution with major development orientations and targets for the next five and ten years, and vision to 2045.

In the spirit of “partnership for sustainable peace”, Vietnam will persist the foreign policy of independence and self-reliance and making efforts to promote dialogue, ease tensions and confrontation, and look for fair and reasonable solutions to regional and global peace and security issues on the basis of international law and the UN Charter, the official noted.

He affirmed that the second month of Vietnam’s UNSC presidency this April will be a highlight of the country’s participation in the council in 2021 with many more meaningful and substantive contributions.

The achievements of the 35 years of “Doi moi” (Renewal), the country’s growing stature and power, along with the encouraging outcomes in 2020 provide a solid foundation for Vietnam to bolster its proactive and active engagement in the UNSC in its second year of the council membership, thus helping protect and promote national interests and sustain peace and security in the region and the world at large, Deputy Minister Trung added.