Vietnam has well performed its missions while serving as a non-permanent member of the United Nations Security Council (UNSC) in the first year of the 2020-2021 tenure, contributing to maintaining regional and global peace and stability as well as improving the country’s prestige in the international arena. 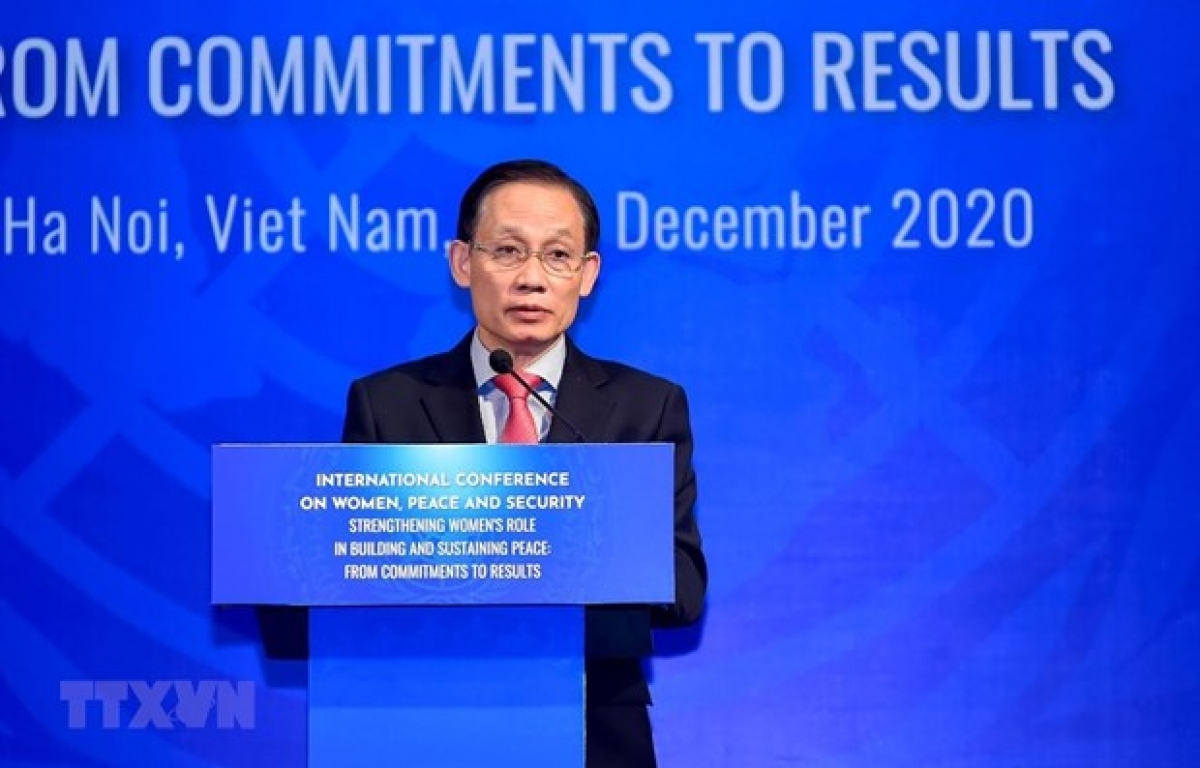 Chairing a meeting to review Vietnam’s UNCS participation during 2020 and set tasks for next year on December 28, Deputy Minister of Foreign Affairs Le Hoai Trung affirmed Vietnam has done a good job and made proactive contributions at the UNSC, helping build a favourable climate for the nation’s development and integration process, as well as promote bilateral relations with foreign countries.

Vietnam has been praised by foreign media, and scholars for its contributions, which ignite pride and consolidate the people’s trust in the Party and State’s guidelines and policies in the context that the nation is actively preparing the 13th National Party Congress, he said.

At the event, Trung highlighted a wide range of measures with a view to improving Vietnam’s role at the UNSC in the coming time.

He expressed his hope that competent ministries and sectors will enhance cooperation, make good forecasts, and outline rational policies to help Vietnam fulfill its missions at the council in 2021.

Participants at the event held that amidst complicated socio-economic and political-security situation in 2020 caused by COVID-19, with fierce strategic competition between powers and escalating tensions in the Middle East, North Africa, East Africa and Latin America, the UNSC handled a huge volume of work, including nearly 400 meetings at ambassador level, and hundreds of working sessions to pass 100 documents on 68 issues set in its agenda.

Realising the consistent foreign policy of independence and self-reliance, and being active and responsible member of the international community, Vietnam has completed its missions, and attained remarkable achievements at the UNSC.

In its capacity as the UNSC President in January, Vietnam organised an open discussion on promoting compliance of the UN Charter in maintaining international peace and security, and the UNSC meeting on the role of ASEAN in enhancing cooperation between the US and regional organisations.

The events raised the international community’s awareness of the significance of the UN Charter and international laws amidst formidable challenges.

Vietnam also proved its leadership capacity when organising a meeting with ten incumbent non-permanent members and five newly-elected non-permanent members, discussing efforts to develop an effective UNSC, and an international conference on promoting women’s role in building and consolidating peace.

Additionally, Vietnam proactively handled issues raised at the UNSC based on its independent, self-reliant and responsible spirit, and support for compliance with the UN Charter and international laws’ principles, including respect for independence, sovereignty and territorial integrity, and settlement of disputes via peaceful means.

Leaders of the UN and countries, and the international community spoke highly of Vietnam’s position, role and contributions at the UNSC.